I Feel I Have Been Treated Unfairly in a Will, Can I Dispute It? 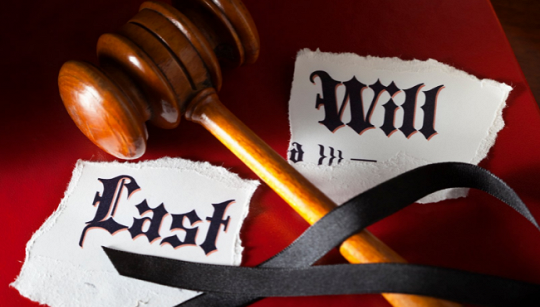 In order to dispute a Will, known as contesting a Will, you must have a ‘vested interest’, meaning that you must be a spouse or ex-spouse, civil partner, child (or step child), cohabitee, dependant, or a person mentioned in the Will, or a previous Will.

You must also ensure that you have valid legal grounds to contest a last Will and testament, and you may have a limited time frame in which to submit your claim.

Valid grounds to contest a Will include:

The person lacked the capacity to make the Will or nominate Lasting Powers of Attorney, or they didn’t understand everything their estate comprised, or who they chose to include and exclude. This could be due to mental capacity or not understanding a language for example.

The person was put under pressure or ‘undue influence’ to make the Will. If they were vulnerable they may have been coerced into making a Will that did not express their wishes.

The Will wasn’t properly executed and so is not legal. It must be in writing and have been signed according to the Wills Act 1837, in the presence of 2 witnesses (both over the age of 18), who must then have also signed the Will in the presence of the person whose Will it is.

The Will is badly written, inaccurate, or makes the person’s wishes unclear.

The Will has been altered or forged.

The Executors of the Will are unsuitable or have administered the Estate incorrectly or fraudulently.

You are not named in the Will, but can demonstrate that you were maintained by the person, and have a financial need.

You were promised something and relied on that promise, and suffered a detriment as a result of not receiving what was promised.

(N.B. If you are an Attorney under a Lasting Power of Attorney you are not allowed to alter or make a new Will on behalf of the Testator.  As an Attorney you would have to make an application to the Court of Protection, but generally they will only allow small amendments to an existing Will.)

Timeframes for disputing a Will:

The Inheritance (Provision for Family and Dependants) Act 1975, known as the Inheritance Act, exists to protect people who are financially dependent on someone who dies and leaves them without sufficient inheritance for their needs. If you wish to dispute a Will on these grounds then you must do so within six months from the issue of the grant of probate.

A beneficiary of a Will can make a claim against the will up to 12 years from the date of death.

There is no time limit on disputing a Will on the grounds of fraud.

For a comprehensive service covering wills, trusts, tax and probate, talk to RDC. Our expertise encompasses a range of issues from making Wills and lasting powers of attorney to all aspects of dealing with the administration of trusts and estates tax. We can also advise on long-term care planning.

The pandemic sparked a boom in Will writing and dying without one will leave your relatives with a big headache. Wr… https://t.co/VPv0mVbfy2

Have your personal circumstances changed? Whether recently married or remarried, divorced or separated, we can help… https://t.co/F89Bjo2m4i

Inheritance Tax liability is the amount of money paid on the value of a person’s estate when they die. By understan… https://t.co/AivIFeT1UD

Whether you are planning to get married or live together, it is important to have an agreement in place in the even… https://t.co/XKfUjJTQbd