What Is A Boundary Dispute & What Should I Do If I Am Involved In One? 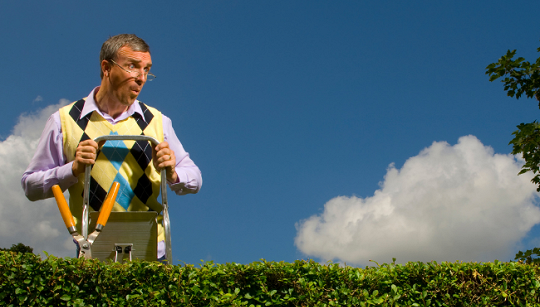 A boundary dispute is simply a disagreement between the owners or occupiers of neighbouring properties regarding the line that divides the properties, where it lies, and consequently who owns what land as a result.

Boundary disputes can begin as a result of one party erecting a fence, or wall; or with the submission of plans for an extension or conservatory; the consequences of trees or bushes encroaching over a boundary line; or a disagreement regarding rights of way across land.

The situation can be made more complicated if there is no record or markers of the exact boundary between the properties, or any existing agreement as to who owns the hedge, wall, tree or fence between them. Plans held at the Land registry are not necessarily accurate.

How to resolve a Boundary Dispute

Resolving boundary disputes legally can be very complex and can run into thousands of pounds as a result, and so it is certainly preferable if neighbours can resolve boundary disputes amicably. If this is not possible then mediation or arbitration can be effective, it is far less costly than litigation, and costs may even be covered by your home insurance policy.

Firstly pre-registration deeds of the properties involved should be found where possible, as these usually include a plan, or detailed description of the boundaries of the properties.  If a comparison of each does not provide clarity, or the parties involved are unable to agree a fair resolution, then an unbiased opinion from a Chartered Land Surveyor could provide a solution.

Mediation is an effective way to achieve agreement and a ‘boundary agreement’ can be written up to record the boundary between the properties and who’s responsible for maintaining a hedge, wall, tree or fence between them.  It is important to seek legal advice if you wish to make sure a boundary agreement is valid after you or your neighbour sell your property.

It is important to remember that the same plans and deeds will be taken into account during litigation and the fairest solution is most often the outcome.

A boundary agreement cannot be used to sell or give away part of your land to your neighbour. Please consult a solicitor if you are wanting to sell any part of an existing plot.

Have your circumstances changed recently? Is your #Will several years old? If so, you should consider updating yo… https://t.co/DIKJUwL6gB

Have you been named as an executor of a loved one’s #Will? Are you confused by what it might entail and your… https://t.co/vywAAD61g0

Have you been injured in a third party fault accident? You could be entitled to compensation for your injuries, a… https://t.co/y2cnP57JwT

Firing Cannons is illegal In UK Residential Areas – as stipulated by the Metropolitan #Police Act, 1839. This #law… https://t.co/FiFAHmIjLr